During the 1990s three independent scientific studies brought to light the importance of DNA and emotions in creating quantum reality. The first major study performed by Vladimir Poponin and Peter Gariaev at the Russian Academy of Science was deemed the “Phantom DNA Experiment” and yielded some fascinating results. First they created a vacuum in a specially designed test tube, and then measured the location of light photons inside to see if they were clumped at the bottom, clung to the sides, or dispersed all throughout.  As expected, the photons were scattered randomly throughout the tube.  When a strand of DNA was placed in the tube, however, the particles acted as if drawn by an invisible force and spontaneously arranged themselves around the DNA strand!  Even stranger, when the DNA was removed from the tube, the particles stayed in exactly the same shape.  This is notable because nothing in conventional physics allows for such an effect, yet now we have observable documented proof that DNA, the substance that composes us, can have a direct and powerful effect on the quantum world around us.

“This experiment is important for a number of reasons.  Perhaps the most obvious is that it clearly shows us a direct relationship between DNA and the energy that our world is made of.  Of the many conclusions that we may draw from this powerful demonstration, two are certain:  1. A type of energy exists that has previously gone unrecognized.  2. Cells/DNA influence matter through this form of energy.  Produced under the rigid control of laboratory conditions, evidence arose of the powerful relationship that ancient traditions have held sacred for centuries.  The DNA changed the behavior of the light particles – the essence of our world.  Just as our most cherished traditions and spiritual texts have informed us for so long, the experiment validated that we have a direct effect on the world around us.  Beyond wishful thinking and New Age isms, this impact is real.  The DNA phantom effect shows us that under the right conditions and with proper equipment, this relationship can be documented.”  -Gregg Braden, “The Divine Matrix” (45-6)

Around the same time Poponin and Gariaev recorded their Phantom DNA findings, similar experiments were being conducted by the U.S. Army testing the power of emotion on DNA and living cells.  They hooked volunteers up to specially designed electrometers then played series’ of graphic video images (from comedy to torture to erotica) designed to create genuine states of feeling in order to collect a broad spectrum of emotional fluctuation.  Just as expected, peaks and dips in volunteers’ electrical responses coincided perfectly with changes in emotional stimuli. The big surprise came during the next phase in which they took tissue/DNA swabs from the volunteers, placed them in a vault several hundred feet away, and repeated the experiment.  Strangely enough, the tissue/DNA samples locked hundreds of feet away still registered the same electrical peaks and dips coincident with the donor’s response to emotional video clips.

“For the DNA and the donor to have any connection whatsoever, there must be something that links them together.  The experiment suggests four things: A previously unrecognized form of energy exists between living tissues; Cells and DNA communicate through this field of energy; Human emotion has a direct influence on living DNA; Distance appears to be of no consequence with regard to the effect.”  -Gregg Braden, “The Divine Matrix” (49-50) 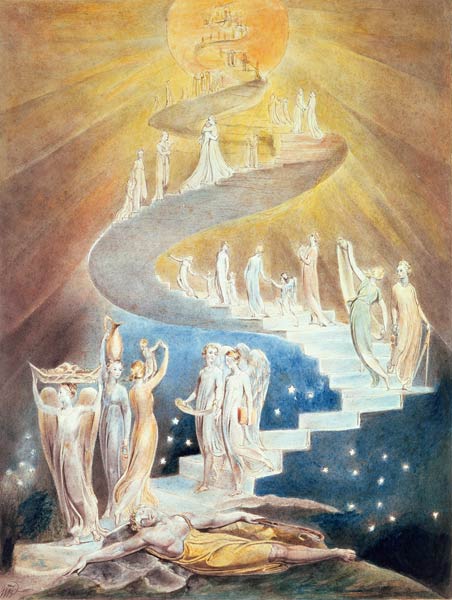 Dr. Cleve Backster more recently performed this experiment with a distance of 350 miles between the donor and his cells.  Even at this extreme distance, in experiments gauged by an atomic clock, the donor and his cells still responded absolutely identically, simultaneously!  The fact that a donor and his DNA 350 miles away have such coincident responses suggests that the energy of the donor’s emotions doesn’t “travel” anywhere but is already everywhere, as demonstrated by Bohm’s holographic universe metaphor.  This experiment also grants credence to such practices as prayer and energy healing, showing that emotion and intention can produce measurable physiological results at any distance.

“We’ve been conditioned to believe that the state of the DNA in our body is a given.  Contemporary thinking suggests that it’s a fixed quantity – we ‘get what we get’ when we’re born – and with the exception of drugs, chemicals, and electrical fields, our DNA doesn’t change in response to anything that we can do in our lives.  But this experiment shows us that nothing could be further from the truth … There’s absolutely nothing in conventional wisdom that allows for the material of life in our bodies to have any effect whatsoever on our outer world.  And there’s also nothing to suggest that human emotion can in any way affect DNA when it’s inside the body of its owner, let alone when it’s hundreds of miles away.  Yet this is precisely what the results are showing us.”  -Gregg Braden, “The Divine Matrix” (52)

The third relevant study conducted around this time was performed at the Institute of HeartMath in Northern California.  Scientists began by isolating human DNA in glass beakers then exposed them to “coherent emotion” which is an intentionally created physiological state achieved by practicing specially designed mental/emotional self-management techniques such as meditation and deep breathing.  Volunteers trained in applying coherent emotion directed it towards the glass beakers and actually succeeded in changing both the physical and chemical structures of the DNA!  Different directed intentions produced varying effects on the DNA molecules causing them to wind or unwind, change shape or even separate atomic/chemical components.

“In the first experiment, Poponin showed us that human DNA has a direct effect on the vibration of light.  In the second – the military experiment – we learned that whether we’re in the same room with our DNA or separated by distances of hundreds of miles, we’re still connected to its molecules, and the effect is the same.  In the third experiment, the HeartMath researchers showed us that human emotion has a direct effect on DNA, which in turn directly impacts the stuff our world is made of.  This is the beginning of a technology – an inner technology – that does more than simply tell us we can have an effect on our bodies and our world … it shows us that this effect exists and how it works!”  -Gregg Braden, “The Divine Matrix” (53)

In further studies The HeartMath Institute found that our hearts actually have the strongest magnetic field in the body and that field has an effect well beyond our own bodies.  When we feel love or joy the heart’s magnetic field relaxes and unwinds DNA, but when we feel anger or frustration it tightens and winds up.  Furthermore, when tested for immune response, researchers found the relaxed DNA performed far more proficiently than the control group while the tightened DNA performed far worse.  This proves scientifically that positive/negative emotions alter both our DNA and our immune systems, which means our emotional states are significant contributing factors in our physical health and wellness.

“If you are someone who thinks sad, angry or negative thoughts most of the day, you are weakening your immune system. The chemicals in your body which fight off infection can be clinically shown to decrease.”  -Cathy Chapman, Ph.D. “Strengthening the Immune System”

“All these experiments suggest two similar conclusions, which are the crux of this book: 1) There is something ‘out there’: the matrix of an energy that connects any one thing with everything else in the universe.  This connective field accounts for the unexpected results of the experiments.  2) The DNA in our bodies gives us access to the energy that connects our universe, and emotion is the key to tapping in to the field.”  -Gregg Braden, “The Divine Matrix” (53)

“When quantum physics was first becoming accepted as the mechanisms by which the universe operates, the physicists had trouble with this themselves. They could say, ‘Well, I can see these ideas working at the level of atoms and molecules but I can’t bring that kind of weirdness into my life.’ So there was an arbitrary decision back in the 1920s to say, ‘Let’s restrict quantum mechanics to the world of atoms and molecules and use Newtonian physics to describe the rest of the world.’ That is why biology went on its merry way using Newtonian physics. Yet we are today beginning to see work by very reputable scientists that says the universe is created by our observations; we create the field and the field shapes the particle. The big lesson is that what you think or ask for is what you are going to get. It is not a coincidence; we are actively involved in physically shaping the world that we experience.”  -Dr. Bruce Lipton, “How Your Beliefs Control Your Biology”

One Reply to “Emotions, DNA, and the Divine Matrix”