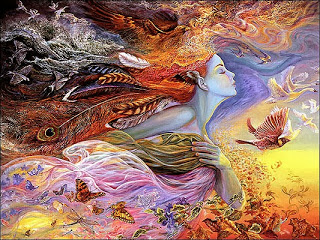 Even if they don’t believe in mind over matter, most people behave as though their thoughts do affect the world.  Surveys have shown that the vast majority of the world’s population prays and many throughout history have witnessed and testified to the power of prayer.  The majority of such prayers essentially ask for God, the Universe, or Nature to “roll the dice favorably” in our direction, thus things like prayer and distance healing are also testable PK techniques.

“Randolph Byrd in 1988 attempted to determine in a randomized, double-blind trial whether remote prayer would have any effect on patients in a coronary care unit.  Over 10 months, nearly 400 patients were divided into two groups, and only half (unbeknownst to them) were prayed for by a Christian prayer group outside the hospital.  All patients had been evaluated, and there was no statistical difference in their condition before treatment.  However, after treatment, those who’d been prayed for had significantly less severe symptoms and fewer instances of pneumonia and also required less assistance on a ventilator and fewer antibiotics than patients who hadn’t been prayed for.”  -Lynne McTaggart, “The Field: The Quest for the Secret Force of the Universe,” (186-7)

“The effectiveness of therapeutic touch has also been demonstrated in several studies.  For example, Dr. Janet Quinn, an associate professor and assistant director of nursing research at the University of South Carolina at Columbia, decided to see if therapeutic touch could lower the anxiety levels of heart patients.  To accomplish this she devised a double-blind study in which one group of nurses trained in the technique would pass their hands over a group of heart patients’ bodies.  A second group with no training would pass their hands over the bodies of another group of heart patients, but without actually performing the technique.  Quinn found that the anxiety levels in the authentically treated patients dropped 17 percent after only five minutes of therapy, but there was no change in anxiety levels among the patients who received the ‘fake’ treatment.  Quinn’s study was the lead story in the Science Times section of the March 26, 1985, issue of the New York Times.”  -Michael Talbot, “The Holographic Universe” (173)

In 1998 Dr. Elisabeth Targ and Fred Sicher designed a famous double-blind study on the effects of remote healing for advanced AIDS patients.  They selected 20 patients with the same T-cell counts and the same degree of illness, and then subjected 10 of them to various distance healing modalities for 6 months.  Since it was double-blind, neither patients nor doctors knew who was being healed, and all information was kept in sealed envelopes.  Only the healers themselves knew their targets, and to remove any individual bias, the healers had a weekly rotation guaranteeing that the healing effect itself (not one particular variety of it) was studied.

“After four months of searching, Fred and Elisabeth had their healers – an eclectic assortment of forty religious and spiritual healers all across America, many highly respected in their fields … several Christian healers, a handful of evangelicals, one Jewish kabbalist healer and a few Buddhists.  A number of others were trained in non-religious healing schools, such as the Barbara Brennan School of Healing Light, or worked with complex energy fields, attempting to change colors or vibrations in a patient’s aura.  Some used contemplative healing or visualizations; others worked with tones and planned to sing or ring bells on behalf of the patient, the purpose of which, they claimed, was to reattune their chakras, or energy centers.  A few worked with crystals.  One healer, who’d been trained as a Lakota Sioux shaman, intended to use the Native American pipe ceremony.  Drumming and chanting would enable him to go into a trance during which he would contact spirits on the patient’s behalf.  They also enlisted a Qigong master from China, who said that he would be sending harmonizing qi energy to the patients … Collectively, the healers had an average of 17 years of experience in healing and reported an average of 117 distant healings apiece.”  -Lynne McTaggart, “The Field: The Quest for the Secret Force of the Universe,” (188-89)

After 6 months, 4 of the original 20 patients had died, and several were becoming more ill, but several more were regaining health.  When the files were opened, it turned out that the 4 patients who died and the patients with declining health were all in the control group.  The 10 patients who received a weekly rotation of various remote healings all had improved overall health and T-cell counts.

“Elisabeth was open-minded about it, but the conservative in her kept surfacing … She remained fairly convinced that Native American pipe smoking and chakra chanting had nothing to do with curing a group of men with an illness so serious and so advanced that they were virtually certain to die.  And then she saw her patients with end-stage AIDS getting better.  During the six months of the trial period, 40 percent of the control population died.  But all ten of the patients in the healing group were not only still alive but had become healthier, on the basis of their own reports and medical evaluations.  At the end of the study, the patients had been examined by a team of scientists, and their condition had yielded one inescapable conclusion:  the treatment was working.”  -Lynne McTaggart, “The Field: The Quest for the Secret Force of the Universe,” (190)

Dr. Targ and Sicher decided to repeat the experiment this time with double the participants and control groups perfectly matched for age, degree of illness, personal habits and beliefs.  Once again, after 6 months the treated group was overall healthier in all areas than the control group.  The treated group had significantly fewer doctor visits, fewer hospitalizations, fewer AIDS-defining illnesses, lower severity of disease, and higher T-cell counts.  Only 3 people in the treatment group had been hospitalized compared with 12 in the control group, and only 2 people in the treatment group developed new AIDS-defining illnesses compared with 12 in the control group.

“The results were inescapable.  No matter which type of healing they used, no matter what their view of a higher being, the healers were dramatically contributing to the physical and psychological well-being of their patients … In Elisabeth’s study, it didn’t seem to matter what method you used, so long as you held an intention for a patient to heal.  Calling on Spider Woman, a healing grandmother star figure common in the Native American culture, was every bit as successful as calling on Jesus.”  -Lynne McTaggart, “The Field: The Quest for the Secret Force of the Universe,” (192-3)

“My goal is simply to pave the way for free and fair scientific discourse on subjects that have previously been considered ‘non-rational.’  It’s our responsibility as scientists and physicians to speak based on fact, not opinion.  If there’s a benefit to distant healing, physicians and patients should consider it along with all the other proven treatments for disease.”  -Dr. Elisabeth Targ

As highlighted in the Targ/Sicher studies, regardless of the patient’s or healer’s beliefs, or which modality is used, a significant, repeatable distance healing effect has been measured in peer-reviewed double-blind studies.  It seems that the universal life force energy  (the “Qi” in Qigong, the “Ki” in Reiki, and the “Prana” in Pranayama) regardless of what we call it, how we cultivate it, or what we believe about it, responds to our conscious will and generates a transmutable, transmittable healing effect.

“In the Copper Wall Project in Topeka, Kansas, a researcher named Elmer Green has shown that experienced healers have abnormally high electric field patterns during healing sessions.  In his test, Green enclosed his participants in isolated rooms made with walls constructed entirely of copper, which would block electricity from any other sources.  Although ordinary participants had expected electrical readings related to breathing or heartbeat, the healers were generating electrical surges higher than 60 volts during healing sessions, as measured by electrometers placed on the healers themselves and on all four walls.  Video recordings of the healers showed these voltage surges had nothing to do with physical movement.  Studies of the nature of the healing energy of Chinese Qigong masters have provided evidence of the presence of photon emission and electromagnetic fields during healing sessions.  These sudden surges of energy may be physical evidence of a healer’s greater coherence – his ability to marshal his own quantum energy and transfer it to the less organized recipient.”  -Lynne McTaggart, “The Field: The Quest for the Secret Force of the Universe,” (194) 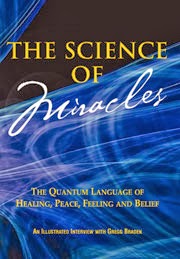 Gregg Braden, author of many books combining science and spirituality found one thing in common amongst all the monks, nuns, abbots, and shamans he interviewed.  Having searched high mountain villages, remote monasteries, and forgotten holy texts looking for the commonality between various forms of prayer, meditation, and energy healing he came to one inescapable conclusion:  The key is feeling.  Much like the “Law of Attraction” one must first feel the inner sensations of peace, love, health, and abundance in order to attract and transmit that energy.

“In the spring of 1998, I had the opportunity to facilitate a combined research trip and pilgrimage into the highlands of central Tibet for 22 days.  During that time the group and I found ourselves immersed in some of the most magnificent, rugged, pristine, and remote land remaining on the planet today.  Along the way, we visited 12 monasteries, 2 nunneries, and some of the most beautiful humans that you could ever imagine including monks, nuns, nomads, and pilgrims.  It was during that time that I found myself face-to-face with the abbot of one of the monasteries and got the chance to ask the question that we’d traveled so far and long to ask … Through our translator, I asked him the same question that I’d asked every monk and nun we’d met throughout our pilgrimage.  ‘When we see your prayers,’ I began, ‘what are you doing?  When we watch you intone and chant for 14 and 16 hours a day; when we see the bells, bowls, gongs, chimes, mudras, and mantras on the outside, what’s happening to you on the inside?’  A powerful sensation rippled through my body as the translator shared the abbot’s answer.  ‘You’ve never seen our prayers,’ he said, ‘because a prayer cannot be seen … What you’ve seen is what we do to create the feeling in our bodies.  Feeling is the prayer!’  How beautiful, I thought.  And how simple!  Just as the late 20th century experiments had shown, it’s human feeling and emotion that affect the stuff our reality is made of – it’s our inner language that changes the atoms, electrons, and photons of the outer world.”  -Gregg Braden, “The Divine Matrix” (84)

“Perhaps mind and matter are like two sides of the same coin.  To study such an effect, you could take a ribbon and write mind on the inside and matter on the outside.  Now, as you wiggle the ribbon, you’ll find very strong correlations between mind and matter, yet in a fundamental sense never the twain shall meet.  Then one day, while you’re distracted for a moment, a mischievous friend cuts your ribbon, creates a half-twist, and carefully tapes it back together.  Later you pick up the altered ribbon and proceed to ponder the abyss between mind and matter by absent-mindedly tracing a finger along the matter side of the ribbon.  To your astonishment, you find that your finger ends up on the mind side!  This is because the ribbon was transformed into a Mobius strip by your friend’s half-twist, and this topological curiosity has only one side.  The lesson is that sometimes simple twists in conventional concepts can unify things that appear to be quite different, like mind and matter.  Some believe that consciousness may be the unifying ‘substance’ from which mind and matter arise.”  -Dean Radin, “Entangled Minds” (160)