Dr. Joel Whitton, regression hypno-therapist and author of Life Between Life has documented dozens of cases where patients have successfully regressed into a past life or into the between life state. For instance, one of his patients was a Canadian psychologist who possessed a few quirks: He had a lifelong nail-biting problem, irrational fears of air travel and breaking his leg, an obsessive fascination with torture, and as a child he strangely spoke with a British accent for years. While under hypnosis Dr. Whitton regressed him to his previous life and the man began telling what he was experiencing. He was a British WWII pilot on a mission over Germany under heavy fire. A spray of bullets hit his plane and one of them penetrated the fuselage breaking his leg. His plane crash-landed in enemy territory and he was captured then tortured for information by having his nails ripped out. After reliving this experience and coming out of hypnosis, the patient was soon able to recover from his quirks and obsessions.

“Whitton’s most remarkable discovery came when he regressed subjects to the interim between lives, a dazzling, light-filled realm in which there was ‘no such thing as time or space as we know it.’ According to his subjects, part of the purpose of this realm was to allow them to plan their next life, to literally sketch out the important events and circumstances that would befall them in the future. But this process was not simply some fairy-tale exercise in wish fulfillment. Whitton found that when individuals were in the between-life realm, they entered an unusual state of consciousness in which they were acutely self-aware and had a heightened moral and ethical sense. In addition, they no longer possessed the ability to rationalize away any of their faults and misdeeds, and saw themselves with total honesty. To distinguish it from our normal everyday consciousness, Whitton calls this intensely conscientious state of mind, ‘metaconsciousness.’ Thus when subjects planned their next life, they did so with a sense of moral obligation. They would choose to be reborn with people whom they had wronged in a previous life so they would have the opportunity to make amends for their actions. They planned pleasant encounters with ‘soul mates,’ individuals with whom they had built a loving and mutually beneficial relationship over many lifetimes; and they scheduled ‘accidental’ events to fulfill still other lessons and purposes.” -Michael Talbot, “The Holographic Universe”

Many of Whitton’s other patients gave incredibly accurate historical details about the times and places in which they had lived, and some even began speaking long lost languages. One man, a 37 year old behavioral scientist, was brought back to a past life as a Viking then began shouting in a language unknown to both Whitton and himself. Linguistic professionals later identified the recording as being Old Norse. Later, upon being regressed to an ancient Persian lifetime, the same man began writing in a language previously unknown to both of them. An expert in Middle-Eastern languages later identified the script as Sassanid Pahlavi, an extinct Mesopotamian language that flourished between 226 – 651AD.

“Some of the most remarkable situations arise when children spontaneously start speaking in a foreign language or ‘speaking in tongues’ as the situation is often referred to, and which languages they could not possibly have learned from anywhere on Earth during their present life. Sometimes these are very ancient languages and dialects that are now and have long been extinct, and accordingly no longer spoken in the modern world today, only being known to historians. In other cases children can describe their previous homes and lives in very considerable detail, including the town or area in which they lived in their previous life, their home, family, friends and often much more specific detail.” -Adrian Cooper, “Our Ultimate Reality” (177)

Dr. Whitton and other hypnotists have recorded several cases where patient’s visions have been subsequently confirmed by further research. Dr. Peter Ramster actually produced a TV documentary in 1983 starring four of his Sydney patients. These four women had never left Australia yet had all given remarkably detailed accounts of events, people and places across the world experienced during past-life regressions. The documentary followed Dr. Ramster and the women to the people, countries, towns, villages, and specific houses they envisioned in their past lives. For instance, one of the women, Gwen McDonald, who was at first a staunch skeptic, recalled during hypnosis a life in Somerset, England. When taken to Somerset for the first time she was miraculously able to correctly identify the location of several villages, roads, landmarks and directed them straight to her old house. She was able to lead the film crew to many destinations far more accurately than their maps. She also knew many local legends and family lines all of which were confirmed by Somerset historians. In fact a group of locals began coming to see her every night to quiz her on local history and there wasn’t a single question that Gwen couldn’t answer.

“She knew the location of a waterfall and the place where stepping-stones had previously been located; the locals confirmed the stepping-stones had been removed about forty years before. She pointed out an intersection where she claimed there had been five houses; enquires proved this was accurate; the houses had been demolished some thirty years previously. One of the demolished houses had been a ‘cider house’ as she had claimed. She knew the names of the villages as they had been two hundred years ago even though the names do not appear on modern maps. People she claimed to have known were proved to have existed, one of whom was listed in the names of the regiment to which she apparently belonged … She correctly used obscure West Country words that were no longer in use and in fact did not even appear in dictionaries. In Sydney she had described carvings that had been in an obscure old house twenty feet from a stream in the middle of five houses located about one and a half miles from Glastonbury Abbey. She knew the local people called Glastonbury Abbey ‘St. Michael’s,’ a fact only proven by reading an obscure two hundred year old history book not available in Australia. She was able to draw while still in Sydney the interior of her Glastonbury house, which was subsequently proven to be completely correct. She described an inn on the way to her house that was indeed found to exist and was able to lead the team directly to the house, now a chicken shed. After cleaning the floor they discovered the stone carvings she had referred to in Sydney.” -Adrian Cooper, “Our Ultimate Reality” (183-5)

“So convincing is the evidence in favor of past life influences that one can only conclude that those who refuse to consider this to be an area worthy of serious study must be either uninformed or excessively narrow-minded. Over the years my observation of people who have had past life experiences while in non-ordinary states of consciousness has convinced me of the validity of this fascinating area of research … There are observable facts about reincarnation. We know, for example, that vivid past life experiences occur spontaneously in non-ordinary states of consciousness. These require no programming or previous knowledge about the subject. In many instances, these experiences contain accurate information about periods before our own that can be objectively verified. Therapeutic work has shown that many emotional disorders have their roots in past life experiences rather than in the present life, and the symptoms resulting from those disorders disappear or are alleviated after the person is allowed to relive the past life experience that underlies it.” -Dr. Stanislav Grof, “The Holotropic Mind” (123-9)

In most of Asia reincarnation is a generally accepted fact, and the mechanism that drives it is karma. Gautama Buddha said, “Everything in the Universe is the fruit of a Just Law, the Law of Causality, the Law of Cause and Effect, the Law of Karma.” Karma is basically the moral/spiritual equivalent of Newton’s physical law of cause and effect: For every action there is an equal and opposite reaction. What goes around comes around, do unto others as you would have done unto you, because either in this life or the next, the equation will remain balanced. 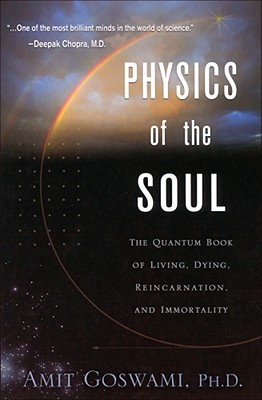 “It is karma which makes reincarnation necessary in order that compensation may justly be administered. Man is eternally suffering and misfortune is a constant goal impelling him forward toward a more perfect state. Karma is the law, and reincarnation is the means by which that law is administered … Reincarnation and karma are the only explanations for the mystery of life that the reason can embrace. These laws give purpose to action, meaning to existence. These same laws release man from the monotony of the daily routine by giving him perspective and the power to see beyond the horizon of his present life … Reincarnation and karma also light the dark mystery of ethics and morality. These laws give reason to right action, revealing that every action is intimately related to the progress of the individual. We no longer do right because of scriptural admonition, but because we have learned the meaning of right and wrong as they react upon us through the law of karma. We grow through every thought and action. We learn not for one life, but for eternity. Each art and science that we master becomes part of the immortal self flowing through the ages.” -Manly P. Hall, “Reincarnation: The Cycle of Necessity” (110-114)

In the Hindu epic Ramayana, each pearl on Lord Indra’s necklace represents a complete lifetime, one individual incarnation. The string running through each jewel represents the immortal consciousness or soul which reincarnates and experiences several physical lifetimes. The entire necklace, jewels and string, rests upon the neck of God. This metaphor beautifully symbolizes the cyclical journey individual souls undergo away from and back to pure consciousness, enlightenment, God.

“Each individual lifetime can be likened to a facet of a diamond. The full sparkling diamond with all of its many facets represents the entire self, the individual, while each facet of the diamond represents each separate life. A diamond has many facets, the total of which constitutes the whole glittering gem. Each lifetime will add a new facet to the diamond until the whole diamond is ultimately complete in all of its sparkling splendor. Life, individuality, continues then in the inner spheres of life and reality as a complete glistening diamond, becoming ever brighter, more perfected and more beautiful as the ascent back to God progresses.” -Adrian Cooper, “Our Ultimate Reality” (166)

“If one person can prove that he has lived before, then man’s whole concept of life is changed. He is no longer limited by the narrow confines of a single existence. He need no longer live for the now alone. The realization of the truth of reincarnation bestows upon the human being not only the realization of his immortality but of his kinship with the ages. He is part of all that has been, is, or ever shall be.” -Manly P. Hall, “Reincarnation: The Cycle of Necessity” (153-4)