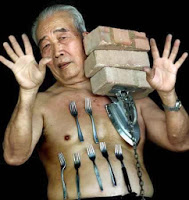 One of the most well-researched and fascinating branches of psi science is active-psi or Psychokinesis (PK). Also known as Telekinesis and mind over matter, PK is the ability to mentally influence a physical system or object. The most common method to test for active-psi is to isolate a volunteer from a target such as an inanimate object or a random system like a coin toss, dice roll or radioactive decay, then see if the person can mentally influence the target in a repeatable manner. 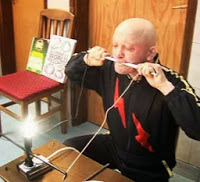 “The dice-tossing experiment is the epitome of simplicity. A die face is chosen in advance, then one or more dice are tossed while a person wishes for that face to turn up. If the person’s intention matches the resulting die face, then a ‘hit’ is scored. If more hits are obtained than expected by chance over many dice tosses, that’s evidence for PK. In 1989, when psychologist Diane Ferrari and I were at Princeton University, we used meta-analysis to assess the combined evidence for PK effects in dice experiments. We searched all the relevant English-language journals for the dice experiments published from the 1930s to 1989 … We found 73 relevant publications, representing the efforts of 52 investigators from 1935 to 1987. Over that half-century, some 2,500 people attempted to mentally influence 2,600,000 dice throws in 148 different experiments, and just over 150,000 dice-throws in 31 control studies where no mental influence was applied to the dice … The odds that the dice studies were due to chance alone were 10^96 to 1 (that’s 10 with 96 zeros after it). By contrast, the results of control experiments were well within chance expectation. So something else was clearly going on.” -Dean Radin, “Entangled Minds” (149) 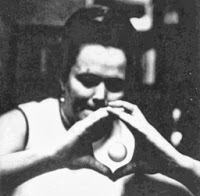 “If all this is true, then why aren’t the casinos going out of business? And why don’t prayers work more reliably? The truth is that no one knows – yet. These experiments suggest that mind and matter are indeed related to a small degree that is statistically repeatable under controlled conditions. But we’ve barely scratched the surface of a phenomenon that’s still profoundly mysterious. So offering answers to all the ‘but why’ questions evoked by these data, given our present state of knowledge, is terribly premature. I think a more reasonable question to ask at this point is: If the results of the dice experiments suggest a genuine mind-matter interaction, then there ought to be corroborating evidence from similar experiments using other types of physical targets. And there is.” -Dean Radin, “Entangled Minds” (153)

Another popular type of PK experiment involves using Random Number Generators (RNGs) which are simple machines that electronically generate up to thousands of random 0’s or 1’s (heads or tails) every second moving an indicator light either one step clockwise or one step counterclockwise. A volunteer then attempts to mentally influence the RNG outputs by willing more clockwise results (like “heads” known as the “high aim condition”) or more counterclockwise results (like “tails” called the “low aim condition”). In 1997, after 12 years of RNG experiments at their Princeton Engineering Anomalies Research Laboratory (PEAR Lab), lead engineer Robert Jahn and his team formally published their findings. It seems when volunteers mentally intended for high aim conditions, the RNG outputs invariably drifted more clockwise above chance expectation. When volunteers intended for low aim conditions, the outputs drifted more counterclockwise above chance expectation. And when withdrawing all mental influence, the RNGs maintained an average baseline/control condition well within chance expectation. They found that couples working in tandem affected the output more substantially than individuals, and intimate couples affected the output six-fold. In their final meta-analysis the PEAR team’s RNG experiments yielded 35,000,000,000,000 to 1 odds against chance that their volunteers can and did indeed intentionally influence the machines.

“For nearly 30 years at the Princeton Engineering Anomalies Research (PEAR) Laboratory, engineer Robert Jahn, his colleague Brenda Dunne, and their team have investigated whether volunteers could affect the random sequences of 0s and 1s produced by electronic RNGs … The results showed conclusively that such influence is real. What’s important to note is that they demonstrated that couples working together are able to affect the RNG outcomes substantially more than either can do as individuals. And for a couple who are emotionally bonded, the effects are six times those measured for each of them. In summarizing their vast archive of experimental results demonstrating nonlocal human awareness, Jahn has said, ‘If people do not believe us after all the results we have produced, then they never will.’” -Ervin Laszlo and Jude Currivan, “Cosmos” (89)

Since 1997 the Global Consciousness Project has taken collective PK testing to a whole new level by placing RNGs all over the world which run automatically and incessantly in the background as indicators of collective mind-matter occurrences. The idea is that since RNGs are designed to generate pure randomness, any fluctuations in that randomness (i.e. sudden coalescent movement) can be observed and correlated with various global phenomena. The Global Consciousness Project began rather by accident when a dozen consciousness researchers with RNGs set up throughout the USA and Europe noticed a sudden coalescence in combined outputs during Princess Diana’s world-wide live televised funeral.

“These studies rely on the fact that RNGs are designed to generate pure randomness, technically known as entropy, and that fluctuations in entropy can be detected using simple statistical procedures. If it turns out that the recorded entropy decreases when one of these random generators is placed near groups engaged in high focused attention, like a group meditation or a deeply engaging spiritual ritual, then we can infer something about the presence of coherent minds possibly infusing the environment with an ordering ‘field’ that reduces entropy.” -Dean Radin, “Entangled Minds” (182)

As of 2008 the Global Consciousness Project had over 65 active RNGs all over the world covering 6 continents and collected data from 185 events of global interest. These events tested and verified by independent analysts included natural disasters, celebrity deaths, mass meditations, outbreaks of war/peace, new year celebrations, sporting events and many other occurrences with global influence. The world-wide level of coalescent RNG output during these 185 events showed a clear deviation from control/baseline outputs with odds against chance of 36,400 to 1.

“Perhaps the most dramatic event examined by the project so far occurred on September 11, 2001. On that day of infamy, now known as 9/11, we found numerous striking changes in the randomness network … In examining the results of this analysis, we noticed that something unusual happened one day. On September 11, 2001, the curve deviated wildly as compared to all the other days we examined. As it happened, this curve peaked nearly two hours before a hijacked jet crashed into World Trade Tower 1 in New York City at 8:46 a.m. EDT, and it dropped to its lowest point around 2 p.m., roughly eight hours later. There’s no easy answer for why the peak in this curve occurred before the terrorist attacks unfolded, although it is reminiscent of the data obtained in the presentiment experiments … The huge drop in this curve within an eight-hour period was the single largest drop for any day in the year 2001 … What caused this large change? Did the massive coherence of mind on that day induce a massive coherence that was reflected in the RNGs? It appears so.” -Dean Radin, “Entangled Minds” (202-4)

After 9/11 the Global Consciousness Project published an article in the Foundation of Physics Letters Journal focusing on the anomalous data gathered on that fateful day. They proved with odds against chance of 1,000,000 to 1 that an “autocorrelation,” such as mass change in attention or emotion, caused the normally random output to behave in a dramatically non-random way.

Scientifically and mathematically it has been documented and proven beyond reasonable doubt that PK does exist. Unfortunately our collective understanding of how it works and our proficiency at using it is very limited. Some particularly gifted people, however, have been able to elicit measurable and repeatable PK effects under laboratory conditions. Russian psychic Nina Kulagina stunned Western scientists in 1968 by moving a multitude of stationary objects using her mind including matches, bread, bowls, cigar tubes, and salt shakers. She was also able stop or alter the course of objects already in motion, make mental impressions on film, and speed up or stop a frog’s heart! Ingo Swann, a New York psychic can change the temperature of objects near him and affect the magnetic field of a magnetometer. In 2001 University of Arizona psychology professor Gary Schwartz conducted a large-scale spoon-bending experiment with his students resulting in over 60 bent forks and spoons!