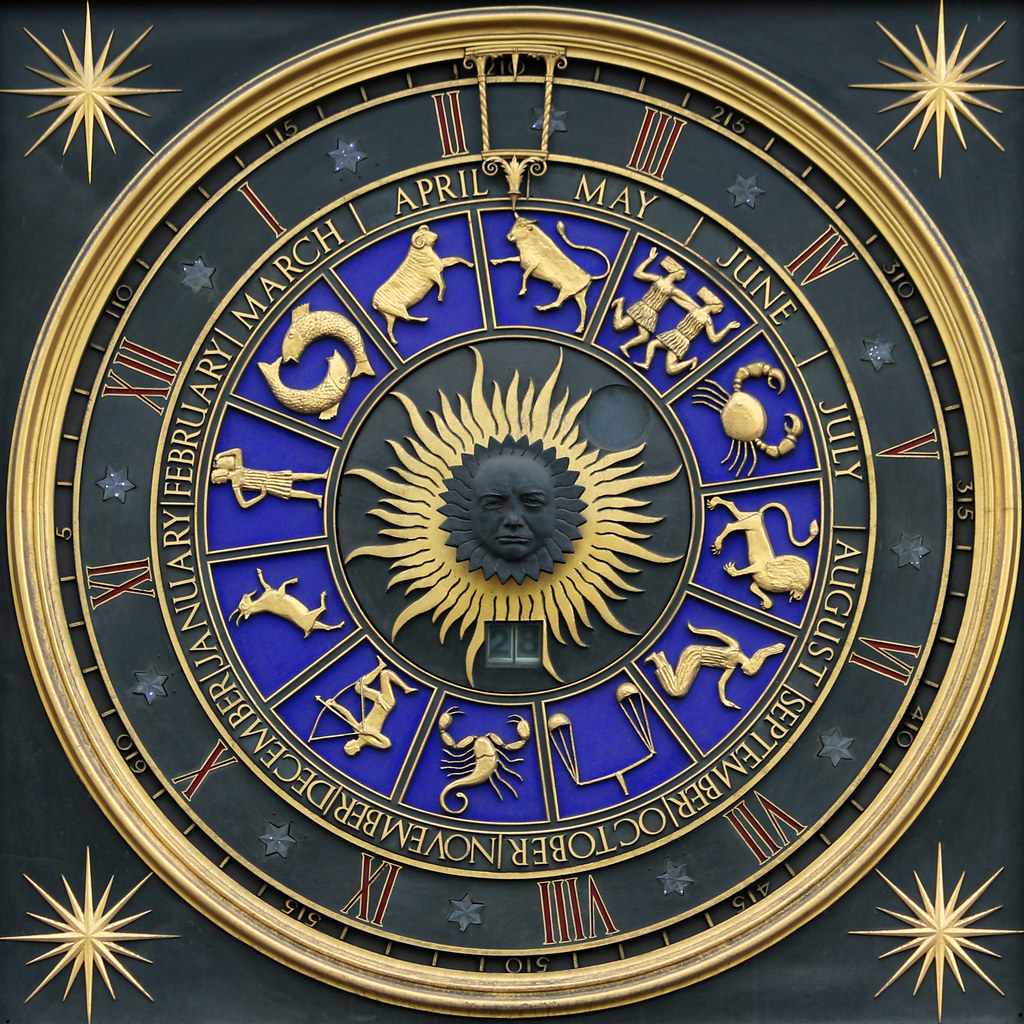 “In Scandinavia, the Great Odin had 12 names – personified attributes. The Kabalists esteem the 12 permutations of the Tetragrammaton … In an ordinary pack of Playing Cards there are 12 Court Cards, but in the Tarot Pack there are also 4 Cavaliers. There were 12 recorded Appearances of Jesus after his death; to Mary Magdalene, to the Galician women, to two disciples, to Peter, to ten apostles, to eleven apostles, to seven apostles and others when fishing, to 500 brethren at once, to James the Less, to eleven apostles, to Stephen at his martyrdom, to Paul at his Conversion and to the apostle John.” -William W. Westcott, “Numbers: Their Occult Power and Mystic Virtues”

In the Bible there were 12 tribes of Israel, 12 brothers of Joseph, 12 judges of Israel, 12 great patriarchs, 12 old testament prophets, 12 kings of Israel, 12 princes of Israel, and Jesus’ 12 disciples. As shown in my book, The Atlantean Conspiracy, these Biblical 12’s cryptically (to the initiated) refer not to 12 literal people, but to 12 potentialities of consciousness – the 12 signs of the zodiac. From this we also have the 12 months of the year, the 12 hours of day and 12 hours of night. 12 days of Christmas, 12 grades in school, 12 step-programs, 12 jurors, 12 notes before the octave, 12 eggs in a dozen, 12 inches in a foot, Masonic Majestic-12, and 12 years of childhood before the “teens” and the Jewish Barmitsfa at 13.

“A common theme in all mystery school traditions is of 12 disciples, knights or followers surrounding a deity. The number 12 is a code, among other things, for the 12 months of the year and the houses of the zodiac through which symbolically travels the Sun, the ‘god’, symbolized as 13. This is the ‘sacred 12 and one’ as some people describe it and it is one major reason why the numbers 12 and 13 keep recurring. Thus you have the 12 tribes of Israel, 12 princes of Ishmael, 12 disciples or followers of Jesus, Buddha, Osiris and Quetzalcoatl. There is also King Arthur and his 12 Knights of the Round Table (the zodiac circle), Himmler and his 12 knights in the Nazi SS, and the woman (Isis, Semiramis) with a crown of 12 stars in the Book of Revelation. In Scandinavia and that whole northern region you find the Odin mysteries, again inspired by the same Aryan race from the Near East. In this tradition, you find twelve ‘Drottars’ presiding over the mysteries with Odin. The sacred 12 and one again. These stories are not literally true, they are mystery school symbolism. This continues today with these same symbols used by the Brotherhood secret society network in national flags, coats of arms, advertising and company logos. That Brotherhood creation, the European Union, has a circle of 12 stars as its symbol. We are talking sacred numbers and geometry here. The proportions of Egyptian statues, whether big or small, were multiples or sub multiples of 12 or 6.” -David Icke, “The Biggest Secret” 82-3

Still mystically related to the 12, is the more arcane 13. 13 is the 12 around 1. There are 12 Jurors and 1 Judge. 13 is the master with 12 disciples. 13 is the experiencer of the 12 signs of the zodiac. There are only 12 months in the Gregorian sun calendar but there are 13 months in the lunar calendar. 13 (like 6) represents the moon and the female energy (5/12 = solar/male), the essence of which has long been silenced by the Illuminati and religious Sun/Son worship. This is why 13 is propagated in popular-culture as being an unlucky number. It is meant to be unlucky for you, not for the initiated elites who understand its mystical qualities. In the Old Testament, the number 13 takes on the connotation of revolution and rebellion. Genesis 14-4 reads, “Twelve years they served Chedorlaomer, and the thirteenth year they rebelled.”

“Hence every occurrence of the number thirteen, and likewise of every multiple of it, stamps that with which it stands in connection with rebellion, apostasy, defection, corruption, disintegration, revolution, or some kindred idea.” -E.W. Bullinger, “Number in Scripture” (205).

Alexander the Great ruled for 13 years and bought his horse Bucephalas for 13 gold coins (then he died at 33). During the Salem witch trials of 1692, 13 women were executed. When the colonies were being set-up, (New) York Rite Freemasonry had 13 degrees. The original American flag had 13 stars and 13 stripes for the original 13 colonies. Mason Pierre L’Enfant designed a 13 street pentagram in the middle of Washington D.C. The D.C. Freemason Temple of Understanding is located 13 blocks north of the White House, directly in line with the Washington Monument

In 1913 the criminal Federal Reserve was founded; it is composed of 12 regional banks dominated by the New York Federal Reserve Bank. In 1933 they began printing bills with Illuminati pyramids and Bohemian Grove owls on them. Those bills also encode the number 13 repeatedly. There are 13 stars above the eagles head, 13 steps on the Pyramid, 13 letters in Annuit Coeptis, and 13 letters in E Pluribus Unim. There are 13 vertical bars on the shield, 13 horizontal stripes at the top of the shield, 13 leaves on the olive branch, 13 fruits, and 13 numbers. In the Department of Treasury seal on the front, there is a Free Masonic square, like the compass/square on the Masonic seal and if you get a magnifying glass, you’ll see there are 13 holes in the square. Small wonder Bankruptcy is Chapter 13.

“Since the date, 1776, is placed on the bottom course of the pyramid [on the Great Seal of the U.S.], and since the number 13 has been so important in the history of the United States and in the symbols of the seal, it is not unreasonable to suppose that the 13 courses of the pyramid may represent 13 time-periods of 13 years each.” -Paul Foster Case, “The Great Seal of the United States”

Since 1776 in Roman numerals is at the base of a 13-step pyramid on the dollar bill, one could interpret this as 13 cycles of 13 years (13×13 = 169). Certain researchers have convincingly shown how every 13 years from July 4th, 1776 to 1945 (169 years later) major steps forward in the Brotherhood “Great Work” have been taken. In 1776 America and the Illuminati were founded; in 1789 the Illuminati stirred the French Revolution, adopted the US constitution, and Great Seal; in 1802 Washington D.C. was incorporated into the States; and on it goes every 13 years up to 1945 when the New World Order’s United Nations formed, and 33rd president and 33rd degree Freemason Harry Truman ordered atomic genocide and brought the world into “the Nuclear age.” In fact this 13-time, 13-year cycle ended on July 4th, 1945 and it was exactly 33 days later on August 6th when B-29 bomber Enola Gay, on Mission No. 13, dropped the atomic bomb on Hiroshima (and another on Nagasaki 3 days later).

“Do you really think all of this is coincidence? What are the odds? So what are we really looking at? We have President George Bush Jr. who is 13th cousin of Britain’s Queen Mother, and of her daughter Queen Elizabeth and is a 13th cousin once removed of the heir to the throne, Prince Charles. Officially becoming the 43rd President on December 13th of a nation, who had originally 13 colonies, who celebrates its independence day July 4 which is exactly 13 days after Summer Solstice on June 21. In this calculation, June 22 is counted as ‘Day 1. Whom some consider this country to be the 13th tribe of Israel. Bush who rules from the White House which the cornerstone was laid by a Masonic Ritual on Saturday, October 13, 1792, when the Georgetown Lodge No. 9 of Maryland gathered for the ceremony, which is surrounded by 13 approximately straight lines of avenues which [mason] L’Enfant planned for the city which were symbolic of the [13] stripes of the national flag.” -Robert Howard, “George Bush Jr. and the Number 13” http://web.archive.org/web/20010925165917/hardtruth.topcities.com/george_bushjr_13.htm 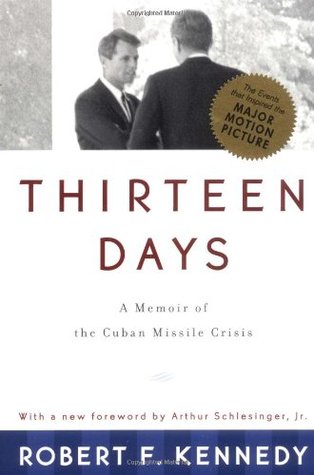 Other researchers differ on which 13 families are atop the pyramid. Some say for example the Disney, Oppenheimer, Payseur, Warburg or Windsor families are top 13, but all researchers agree on families like the Rockefellers and Rothschilds.

Using gematria, each letter of the alphabet encodes a number from 1-26, A = 1, B = 2 and so on. A word or anagram becomes numerologically significant when it can be mathematically manipulated into sacred numbers. For instance America Online is called AOL, A = 1, O = 15, and L = 12. These numbers can easily generate and thus resonate sacred 13 through simple means. 1+15-1-2 = 13

“They’re the ones in the government. They’re the ones behind professional sports. The owner of the Pittsburgh Steelers is a Knight of Malta. The owner of the Detroit Lions is a Knight of Malta. All your top owners of these ball clubs, for the most part, are Knights of Malta, getting the people whooped up in this hoopla over games and sports, while they’re busy creating a tyranny. So, that was one of the things in the Protocols—that they would create ‘amusements’. Another one they used was Walt Disney, 33rd-degree Freemason – Disneyworld, Disneyland. Another one was Milton Hershey, with Hershey Park. They create all of these amusements and games and pastimes to get the people drunk with pleasure, while they’re busy overthrowing the Protestant form of government.” -Robert Howard, “13 and 33 The Freemason’s Signature” (http://www.whale.to/b/howard1.html)

These numerological equivalents may seem forced or too contrived to be consciously created, and it is possible that some of these 13s are coincidental, but highly implausible that they all are. The Brotherhood has shown time and again their obsession with these codes and numbers. Take 3 or 4 random letters and see if you can reduce them numerologically to 13. The numbers can only be manipulated a limited number of ways.