There is nowhere on Earth you can go that isn’t controlled by a Statist government.  Every piece of land has been divided up and claimed by 196 nations all of which are controlled by some form of forced governance.  There is nowhere left on Earth that sovereign, freedom-loving individuals can go live freely without a mafioso government forcing them to pay taxes and obey laws.  No matter whether you live under a Monarchy, an Oligarchy, or a Republic, whether it’s called Democracy, Communism, Socialism or Fascism, all current forms of government initiate and mandate violence and slavery upon their populations.

We are all slaves to our governments because every nation forces under threat reality of violence and kidnapping that we must pay them a percentage of our income.  In some countries like Thailand it’s around 30%, America like 40 to 50%, France is around 60%, not to mention hundreds of other smaller mandatory taxes which raise these figures even higher!  So if the definition of slavery is forcefully taking 100% of someone’s income, what is it called when governments forcefully take 60% of someone’s income?  Is that not slavery?  What if they only take 30%, is that still slavery?  We are taught in school that slavery ended long ago and it is universally understood that slavery is immoral, but if governments still are forceably taking even 1% of their population’s income, that is still slavery, and even 1% slavery is immoral!

The very definition of the word “govern-ment” is “mind-control,” and the vast majority of people worldwide, public and private sector alike, are absolutely mind-controlled by their governments, medias, and education systems to believe that their Statist government is a moral and altruistic institution that exists for the benefit of the people.  The reality is of course the opposite.  The reality is that all nations are like open-air slave plantations allowing their indentured servant populations to choose their occupation giving the illusion of freedom, then swooping in on payday to steal the fruits of your labor.  This is why all governments are criminal and immoral, and why the only system of just governance is Anarchism, Agorism, or Voluntarism.

All governments use violence (in the form of police/militaries) and coercion (in the form of forced taxation) against their populous. Like a world-wide inescapable mafia, all the governments of Earth force us to pay their multitude of taxes, and if we don’t, they seize our assets/asses and throw us in jail! As Stefan Molyneux puts it, “the state is a monopoly of individuals with the legal right and obligation to initiate the use of force against others in a given geographical area.” But of course if all humans are indeed free and equal, as these governments claim, then none should have the right to initiate the use of force against others. The videos above are for all you government-apologist, Stockholm syndrome, invertebrates who constantly cry out “but what about schools and roads!? If governments don’t steal our tax money, what will we do about schools and roads and national defense??” I know you think freedom is scary, anarchy sounds negative, and it’s radical and extremist to point out the utter illegitimacy and immorality of the state… but… it’s just calling a spade a spade. Government is violence. Government is coercion. Freedom is anarchy. 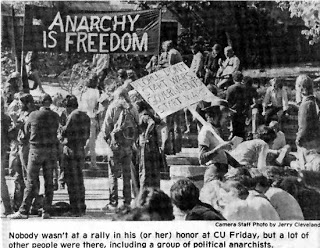 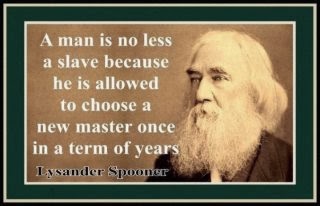