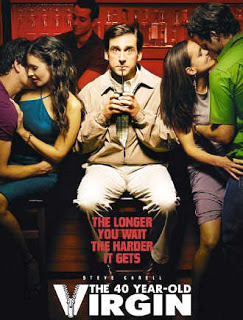 Negative forty is the temperature at which the Fahrenheit and Celsius scales correspond; that is, −40°F = −40°C. Just as ice melts at 32 degrees, just as 13 inches equals 33 centimeters, just as 666 divided by 212 Fahrenheit (boiling point of water) is equal to Pi 3.1415, the serendipitous line-up of Fahrenheit and Celsius at -40 perfectly coincides with Masonic/Mystery school numerological knowledge and the Bible.

There are 120 different variations of the number 40 in the Bible. Isaac and Esau were 40 years old when they took their wives. Noah endured 40 days and 40 nights of flood rains. Moses was with God for 40 days and nights on Mount Sinai receiving the 10 commandments. Then Moses led Israel out of Egypt at age 80 (2×40) and after 40 years of eating manna and wandering in the wilderness he died at age 120 (3×40). Goliath presented himself to Israel for 40 days. Several Israelite kings and leaders ruled for 40 years such as David, Solomon, Eli and Saul. 12 spies explored the Promised land for 40 days. Jesus fasted, prayed and was tempted by Satan for 40 days in the desert. Modern Christians observe Lent/fasting for 40 days before Easter. After the crucifixion/resurrection before His ascension into heaven, Jesus spent 40 days with His disciples.

“Adam enters Paradise when he is 40 years old; Eve follows 40 years later; during the Great Flood it rains for 40 days and 40 nights; Seth is carried away by angels when he is 40 and is not seen for 40 days; Moses is 40 when he goes to Midian and he stays for 40 years; Joseph is 40 years old when Jacob arrives in Egypt; Jesus goes into the wilderness for 40 days. The Bible is the word of God? No. It is written in the esoteric code of the mystery schools. The Arabian literature was also compiled by and for initiates of the mysteries and here you find the same codes. The Arbaindt (the forties) are stories which all relate to the number 40 and their calendar has 40 rainy and 40 windy days. Their laws constantly refer to 40.” -David Icke, “The Biggest Secret” (83) 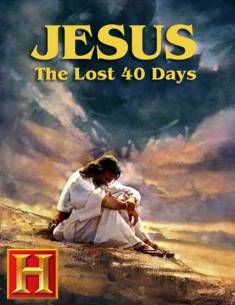 Rabbi Akiva, the greatest expositor of the Oral Torah, began learning how to read Hebrew when he was 40 years old. A mikvah consists of 40 se’ah (approximately 200 gallons) of water. 40 lashes is one of the punishments given out by the Sanhedrin. In Hinduism, many popular religious prayers consist of forty shlokas or dohas (stanzas). The most common being the Hanuman Chalisa (chaalis is the Hindi term for 40). In Muslim cultures the dead are usually mourned for forty days. Ad-Dajjal roamed around the Earth in forty days. Jules Verne wrote “Around the World in 80 Days” (2×40). Khadijah was forty years old when she married Muhammad. Muhammad began to receive the word of God, the Quran, from the angel Gabriel when he was 40 years old, and within 4 years he converted a group of 40 followers. Some Russians believe that ghosts of the dead linger at the site of their death for forty days.

40 is a mystical number signifying some sort of trial/testing/transition period and spiritual growth. However, in the Bible it is always 40 days or 40 years, never 40 weeks. This lends credence to the conjecture that the 7-day week is a relatively modern Christian creation, and also points to this glaring void – 120 uses of 40 days/years, but never once use 40 weeks! Could this be because it is exactly 40 weeks (9 months) that a woman carries her developing baby in the womb before birth? Could it be the flood waters of the mother and Noah is the baby protected by an ark? Why was Moses in Egypt, Mises in Syria, Minos is Crete, Manou in India and all the precedents floated on a basket down a river, then later said to “part the Red Sea?” Why in the Bible are women said to be “unclean” for 40 days after the birth of a boy? Manna (translates “what is it?”) is what Moses ate for 40 years in the desert. Could the Bible be referring to Momma’s manna in the womb?