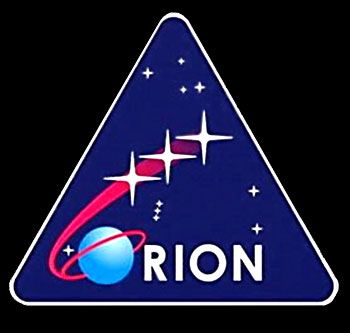 “And he causeth all, both small and great, rich and poor, free and bond, to receive a mark in their right hand, or in their foreheads: And that no man might buy or sell, save he that had the mark, or the name of the beast, or the number of his name. Here is wisdom. Let him that hath understanding count the number of the beast: for it is the number of a man; and his number is Six hundred threescore and six.” -Revelation 13:16-18 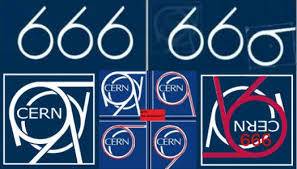 One of the most well-known mystical numbers is the biblical 666 mark of the beast. The beast causeth all to receive a mark without which they may not buy or sell. Currently thousands of people in America and Britain have voluntarily embedded Veri-Chip microchips inside their bodies. These microchips contain their medical, financial, and other records and are satellite traceable anywhere in the world. At this point being chipped is optional, and we can buy/sell with or without one, but in the near future, the Brotherhood international bankers plan to implement their world cashless society. Just a few years ago people scoffed at such an idea. Now it is commonplace, thousands are being chipped, and laws are gradually being implemented for mandatory chipping of pets, prisoners and Alzheimer’s patients. Micro chipping or tattooing is actually the final stage in “the Beast’s” plan. Many other steps toward this financial control-grid have already been taken and bare the 666 mark. For example, the scannable barcode found on every corporate product.

“It is interesting to note that the Greek word translated ‘mark’ is charagma which comes from the Greek word charax, which means ‘a palisade, like a picket fence.’ When one realizes that this specific word was used back in the first century, and we see today the use of the computer-related bar code, we find the possibilities becoming more than a reality in our day and age.” -Robert Van Kampen, “The Sign” (231)

Thus the Greek root meaning of the “mark” is a palisade, a picket fence, a succession of vertical bars, just like the barcode. Furthermore the beast’s number 666 is encoded into each UPC.

Each set of lines in the barcode stands for a number 1-9, so that for instance a skinny line next to a fat line might mean 1, a medium line next to a fat one 2, and so on. The code for 6 is two skinny lines next to one another. Notice every barcode has three sets of thin, parallel lines slightly longer than the others at the beginning, middle and end. These particular lines register as void because they are barriers, but by being two thin lines, they encode the UPC number 6 thrice. Also notice there are always 13 numbers displayed beneath the barcode.

“What is the mark? Well the mark Brian, is the barcode. The ubitiqous barcode that you’ll find on every bog roll, and every packet of johnny’s and every poxie-pot pie. And every … barcode is divided into two parts by three markers and those three markers are always represented by the number six. Six-six-six. Now what does it say? No one shall be able to buy or sell without that mark. And now what they’re planning to do in order to eradicate all credit card fraud and in order to precipitate a totally cashless society. What they’re planning to do; what they’ve already tested on the American troops; they’re going to subcutaneously laser tattoo that mark onto your right hand or onto your forehead.” -“Naked”, British movie, 1993

“Every person in the world has been assigned an 18 digit tracking number, which consists of 3 groups of 6 numbers. The first 3 numbers assigned in the BEAST computer to everyone are 666. The next is one’s national code. The U.S. national code is 110. Then the next 3 numbers are your telephone area code, and then finally your 9 digit Social Security number. The code then is 666 + Nation code + Tel. area code + social security no. = BEAST I.D. no. for an individual.” -Dwight Kinman, “The World’s Last Dictator” (256) 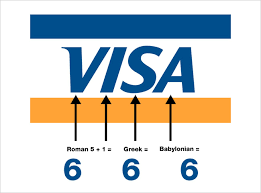 “VISA Card is also interesting, to say the least. If you analyze the letters in VISA, you see three previous world empires represented. ‘VI’ is the number 6 in the Roman numerals, ‘S’ is the Stigma in the Greek culture whose value is 6, and lastly the ‘A’ in the Babylonian culture is 6 … i.e, VISA = 666! ”- Masonic – Occult Numerology by “Duke”

In the numeric computer language “American Standard Code for Information Exchange” (ASCII) values start with A=65 – Z=90. This means that the letter W = 87. Numerologically 87 must be broken to a single digit so 8+7 = 15 and 1+5 = 6. Thus in the American Standard computer language, World Wide Web = WWW = 666. Every time you type a URL using the QWERTY keyboard, it is your Saturn/Satan ring finger that presses the 666.

The Boy Scouts of America motto ends “Everything is A-OK” then they do the “OK” sign with their right hand on their forehead. If you look closely, the thumb and index finger make a circle, and the other three fingers reach up like three 6s. So the OK is 666 and placing it on your forehead is just like in Revelation 13:16

2 divided by 3 equals .666. 666 divided by 212 Fahrenheit, the boiling point of water, is equal to Pi 3.1415. House Resolution 666 is an unconstitutional attack on 2nd and 4th amendment rights under the pseudonym of “crime prevention.” U.S. Highway 666 leads to Dulce, New Mexico where a huge military underground facility is located. Personnel, soldiers, and civilians have incredible stories to tell about Dulce and the Dulce Wars. The Euro coin of the “Eur-a-peon Union” has 6 stars with 6 rods then 6 more stars = 666. Officially there are 660 rooms in Windsor Castle. Those moral pillars of the community wouldn’t be hiding 6 rooms would they?

The Better Business Bureau is bbb which looks like 666 and its symbol is the illuminati torch/flame. BBB = 222 numerologically. The words “truth” and “wisdom” are both found in exactly 222 verses of the King James Bible. The word “Nazarene” is 222 in Greek gematria. The 222nd word of the New Testament is Alexandria. Alexandria in Strong’s concordance of the King James bible is number 222. Alexandria Egypt is 222 miles round trip to the Great Pyramid. In Alexandria, Virginia the George Washington National Masonic Memorial building stands 333 feet tall. Washington’s birthday has been moved from Feb. 11th to the 22nd, which is 222. George Washington’s Alexandria Lodge number was 22.

Pythagorean numerology only goes up to 9 and then starts over at 1 giving 2 or 3 letters per number.

“Off-brand products are called “Brand X,” and of course, there is the U.S. terrorist prison camp, Camp XRay at Guantanamo, Cuba. Today’s youth have been called Generation X, and a lot of folks are concerned about a planet, or star, reported to be speeding toward us called Planet X that has occult significance … He mentioned, too, the interesting use of the letter X in the Rx of drug stores; the use of the four-letter, abbreviated word Xmas to replace Christmas, and the fact that, in Black’s Law Dictionary, it says that the sign or mark of X is sometimes made as a substitute for a man’s signature on legal documents. And the continued use of the mysterious X abounds. Children at play can be heard to say, ‘Cross my heart and hope to die.’ In the Greek alphabet, the letter Chi is denoted with the symbol X, and given the numerical designation of 600. The numerologists say that triple X, then, would yield the number 666. Black Muslim leaders obviously see X as a substitute name of great spiritual significance. Two well-known Black Muslim leaders have been named Malcolm X and Louis X, names they chose for themselves. The latter, who was born Louis Eugene Wolcott in 1933 in New York City, changed his name to Louis X after his conversion to Islam by Black Muslim leader Elijah Muhammed. Today, he is known as Louis Farrakhan. It is well-known that Farrakhan is a 33° Prince Hall Mason.” -Texe Marrs, “Codex Magica” (205-6)

Generation X plays their X-Box game called X-Men about people mutating due to X-Ray radiation. Meanwhile Fox’s X-Files, Sitchin’s Planet X, and Project Camelot’s “Mr. X” are telling us the aliens are coming. Brand-X is generic and expendable. An Ex-husband or wife has been crossed-(Xed)-out. There was no Generation W, why are we Generation X? X marks the spot. Could we be marked for something?

“The sign, or letter, X, has a long history of use in the Ancient Mystery Religions, in apostate Judaism, in Freemasonry, and in the occult. The Illuminati elite use it to this day to symbolize key phenomena and mark significant events. The mysterious letter X seems to take on a wide and varied life of its own, with or without the secret aid of the elite sponsorship” -Texe Marrs, “Codex Magica” (205)

The meanings of 666 are many and varied. 6×6 = 36, and when added together, every number from 1-36 (1+2+3+ … 36) = 666. Creation was in 6 days. Man and the serpent were created on day 6. Man labors 6 days only, and has 6 names in the Bible: Adah, Ish, Enosh, Gehver, Anthropos, and Anar. 6x6x600 = 21,600 which is the number of nautical miles around the Earth. Plato said in Kritias that 6 was a sacred number in Atlantis and represented the female intuitive/receptive moon power. The triplicate of any number in numerology is the highest intensification, so 666 means strongest female/moon energy. If Jesus Christ is the Sun/Son 555, then their Antichrist would be the Moon/Daughter 666. Also 6x6x60 = 2160, the precise number of years to pass through one sign of the zodiacal procession of the equinoxes. This 25,920-year, 360-degree cycle, Plato’s “Great Year” is the long backwards wobble Earth takes through the signs of the zodiac. The progression is 1 degree every 72 years, so each sign of 30 degrees takes 2160 years to pass through. This knowledge well-understood by the ancients is all contained in the Bible, but has been covered up and kept hidden over time by the priests and papacy.