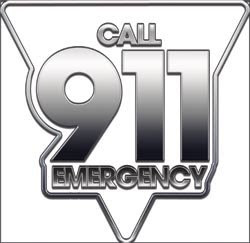 Since 1968, the number 911 has been the emergency phone number for Americans to call when tragedy strikes. On 9/11/01 when tragedy struck, Americans were sent into a state of emergency over supposed Islamic “terrorists.” This 911 association with tragedy and danger is not new, nor is it mere coincidence.

“The Templars were recognized at Clermont in 1118. 1+1+1+8= 11. The authors of Holy Blood Holy Grail provided the definitive evidence that there were 9 original founding Templars and they first banded together in 1111 and taking no new members for 9 years. And this was the numerical basis for the 911’s in this tragedy.” -Robert Howard, “Destruction of the Trade Centers: Occult Symbolism Indicates Enemies Within our own Government”

So 9 Knights Templar banded together in 1111AD and maintained the original 9 for 9 years. Centuries later on 9/11/19 the U.S. invaded Honduras and on 9/11/22 was the British mandate in Palestine. On 9/11/41 was the ground-breaking ceremony for the Pentagon, which would 60 years later be one of the “terrorist” targets. Then on 9/11/73, Salvador Allende of Chile, the world’s first democratically elected Marxist president, was overthrown by the U.S. in an admitted CIA-coup engineered by Nixon, Helms, and Kissinger; the same Henry Kissinger that was originally to head the 9/11 commission “investigation” (cover-up).

“The USA-backed overthrow or coup of Chile in 1973 spearheaded by Kissinger and Nixon was also on Sept 11. The event started with a bang as rebels bombed the Palacio de La Moneda, the presidential palace, with British-made jets. So we have USA-backed bombings of an important government building in Chile by jet planes (or symbolic doves, as we shall see) on another Sept 11!” -Jake Kotze, The Brave New World Order Blog 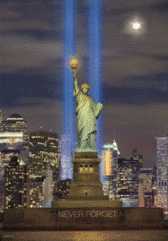 11 years before the 2001 attacks, on 9/11/90, President Bush gave his State of the Union Address about the New World Order, mentioning it several times. The next year on Sept. 11th he gave another speech regarding a New World Order. Exactly 7 years before 9/11 on Sept. 11th, 1994, just after 11pm, a single-engine Cessna was stolen then flown into the side of the White House. Needless to say, this date September 11th seems to have some historical synchronistic significance with U.S./Britain and their imperial agenda. However, the numerology surrounding this event is not restricted to just its date/history.

September 11th (9+1+1 = 11) is the 254th day of the year (2+5+4 = 11) which means there is 111 days left in the year. New York was the 11th state to endorse the constitution and New York City has 11 letters. WorldTradeCenter buildings 1 and 2 were 110 stories tall. The Freemasonic Statue of Liberty right near the TradeCenter stands on an 11-pointed star pedestal. The number “11” itself is two pillars side by side like the twin towers. It was even American Airlines (AA = 11) Flight 11 carrying 11 crew members that allegedly hit the north tower.

On 9/11, Flight AA11 (11:11 encode two tower symbology) is hijacked and flown into the 93rd floor of North tower. Then just after, Bush Jr. reportedly tells the school principal, “a commercial plane has hit the WorldTradeCenter and we’re going to go ahead and do the reading thing anyway.” And so Bush starts reading “My Pet Goat” symbolic of Pan and 77. At 9:03am UA (13) Flight 175 (13) hits the South tower at the 77th floor and that news is whispered in Bush’s ear. A half hour later Flight 77 crashes into the Pentagon, and an hour later Flight 93 crashes in Shankesville.

“Pan is the Angel of the Abyss, his song shall end the world, and he started playing it on September 11th, 2001, when he was set free during the 9/11 super-ritual. In Faust we learn that the Pentagram is not Satanic at all, but rather a protective symbol placed over the Abyss by the angels of Heaven. But when one of the sides of the Pentagram wore off due to the passage of time, the symbol turned into a portal, and the Devil was set free to wreak havoc unto this world. You know, like when Flight 77 crashed into the side of the Pentagon.” -Jake Kotze, The Brave New World Order Blog 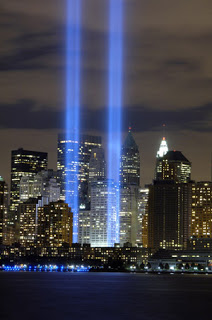 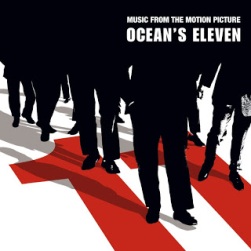