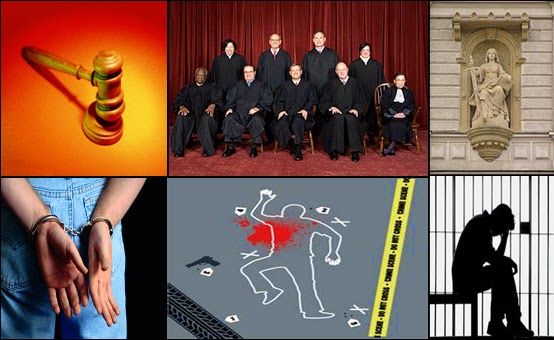 Our current so-called “Justice System” is such an unenlightened corrupt farce that the entire edifice should be relegated to the history books.  Humanity desperately needs to reconsider the idea that “justice” is somehow served by systemically fining, caging, or killing criminals, the idea that we should pay and empower unaffected parties to deliver standardized punishments, and the idea that police are anything but violent and coercive policy enforcers of our Statist mafia governments.

Today there are literally millions of laws and legislations on record in the United States alone, and under the current official edict, ignorance of these laws is no excuse for disobeying.  Therefore, all citizens are legally bound, under threat of theft, kidnapping, and imprisonment, to read, remember, understand and obey millions of ever-increasing laws or else!  Millions of nit-picking restrictions our nagging nanny-state has decided us children must completely refrain from under any circumstance or else receive severe punishment; Ridiculous things with no ill-affected party such as the consumption of cannabis, a naturally growing plant that governments all over the world have deemed evil enough to cage you in prison for decades should you dare allow the weed’s demon seed to take root in your soil!  Such laws are nothing but anti-freedoms written by people so far above the law that they can write the laws! 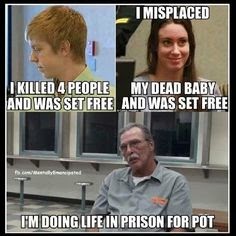 But “surely we need some form of law and order, court system, and police protection,” everyone cries out in knee-jerk unison!  Here is all we need:  Common law courts which settle lawful disputes between two affected parties regarding matters of injury, theft or breach of contract.  That is all.  No state agents, district attorneys or police enforcing statues and codes, no maritime admiralty or other kangaroo courts.  The only disputes which require the kind of mediation provided by courts and judges are those between two affected parties in the case of harm to one’s person or property, theft, or breach of contract – The holy trinity of common law.  Everything which requires court mediation falls within these three simple categories, and anything beyond or outside of these categories are victimless “crimes” involving no injured party and has no business being called “law.” 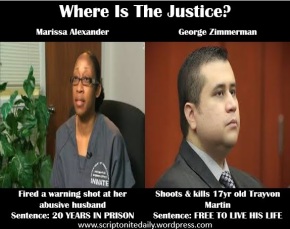 By eliminating these millions of “laws” and leaving only 3 would so drastically reduce the amount of court cases per district per year that they could be run very cheaply in a voluntaryist society.  Eliminating these millions of laws would also reduce the amount of people in prison by over 90%.  America currently houses 25% of the world’s prisoners yet Americans themselves account for only 5% of the world population.  Over 2 million in a population of 300 million, meaning almost 1% of the entire U.S. population is currently living in cages!  And over 90% of these for victimless crimes!  The insane way these people are being treated is disgusting and society has turned a collective blind-eye to their plight.

Meanwhile, the injustice system also goes to great lengths protecting truly evil people from receiving what they deserve.  Today in Thailand a man shot and killed his wife point-blank for ignoring him and chatting on Line messenger too often.  He then proceeded to kill his mother-in-law, and when his son came to investigate he shot him too.  He then fired another round each in all of them to make sure they were dead.  When his daughter came home he contemplated killing her but after much begging and pleading decided to spare her life and instead just stole her gold necklace to help finance his escape.  When police finally caught him they forced him to do a re-enactment of the entire murder at the scene of the crime (as they always do here in Thailand), and 200 angry neighbors stormed in to try and hang him to death!  It took 50 police officers to stop the 200 villagers from doing what all of them deemed just and necessary, which is banding together to end the life of this heartless psychopath who killed 3 members of their village.

Had these 50 police state agents not been there to protect this murderer of innocent women and children from his enraged community, this spontaneously-formed jury of 200 of his peers would surely have hung or beat him to death.  In a natural, tribal society, that is certainly what would have happened.  His community would have collectively decided his fate based on each member’s willingness to forgive or to engage in some act/form of retribution.  Now instead he will be taken through the modern “criminal justice system,” which means rather than being hung or stomped to death by his legitimately livid peers, he is protected and caged by government mafia thugs, while all affected parties are dragged through years of appeals draining everyone’s savings waiting for the final judgement of some Freemason in a white-powder wig and black dress, banging a wooden hammer yammering on about “order” and “honor.”  The entire thing is a corrupt farce, as for example in the current case of 8 and 9 year-old satanic ritual abuse victims Gabriel and Alisa Dearman, they are being raped and kidnapped by the very State Police and Social Service workers who are supposed to be protecting them and pursuing justice!  How can justice ever be served when the courts, lawyers, judges and police are more corrupt than the average street “criminals” on trial!?  As I wrote in my book “Asbestos Head“: 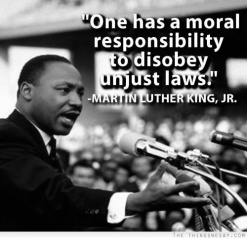 “Laws leave crime victims powerless to right their own wrongs the way they see fit, and instead pay and empower unaffected people to enforce standardized punishments. If someone lies to, steals from, cheats, kidnaps, rapes, or murders someone I know, then me, my friends, and my family deserve to deliver the punishment. Not only that, but in these intense situations, me, my friends, and my family do not want to sit still and wait for cops to do the best they can with what the law provides. We’re going to do the best we can with what God provides and use our God given freedom to enforce our own ethics, whether it’s retribution or forgiveness, justice should be whatever just us decide. Suppose I watch you kill my daughter. The law says for me to leave you be, call the police, collect evidence, consult a lawyer, then testify to a box of peers, who’ll hopefully lock you away through years of appeals until finally you get the death penalty or die of old age. If instead I do the natural thing in such a situation and kill you myself, then it’s your daughter’s turn to collect evidence, consult the lawyer, testify to a box of peers, who’ll keep me in and out of appeals, each one feeding the system, paying police and judicial employee paychecks, greasing those greedy wheels of Statist justice with years of our grief, just for doing the ‘just’ thing. Furthermore, suppose I watch you kill my daughter and instead of wishing you dead, instead of pursuing retribution of some sort, suppose I wish to take the highest moral ground and end the cycle of suffering, to stop the continuation of evil with my unconditional forgiveness. Suppose I wish to pardon you from all punishment, I wish you no harm and that your family need not grieve the way ours does. If after all this I actually wish for your forgiveness, we’ll find it’s against the law. I have to destroy evidence, consult a lawyer, then testify to a box of peers that it’s all insanity, forgive those umpteen sardines and send them home, we love everybody and we’re so sorry, please love us and leave us alone, stop locking us up in courtrooms and let us determine our own misdemeanors! At least give us forgiveness as an option!”