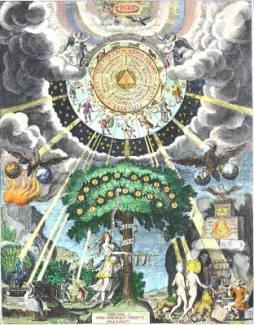 “Symbols are very important. If you don’t think so, put a swastika on your arm, walk into a synagogue, and see the kind of response you get. Symbols elicit and bring out emotional responses in people. Even more importantly, symbols have their own spiritual presence. They tell you things.” -Jordan Maxwell, Ancient Symbols and Hidden Meanings Lecture

“Some of the techniques that they use in this psychic dictatorship are words, symbols, colors, rhythms, light, movement, and mudras (which mean hand-positions, gestures) which have been used for aeons as means of spiritualization, used by cults, infused with mysticism, are now being used on us for quite an opposite agenda: to drag us down into the pits of our own miasma, our own hells.” -Michael Tsarion, “The Subversive Use of Sacred Symbolism in the Media” Lecture at Conspiracy Con 2003

The bloodlines and the secret society network have their own secret language which is hidden in plain sight. Unlike our left-brained, alphabetical languages like English, Spanish, or French, the Brotherhood language is right-brained and pictographic like Egyptian Hieroglyphs or other ancient written languages; it is composed entirely of symbols. The esoteric meanings of these symbols are taught incrementally as secret society initiates climb the ranks, all the while displaying broad, benevolent, and usually false meanings to the uninitiated.

“The use of symbols to convey meaning to the initiated and to conceal it from the uninitiated is as old as civilization. A clear understanding of the symbolic way of thinking is necessary if you are to unveil and comprehend the “esoteric” (hidden or secret) meaning of the symbols of ancient and modern times.” -Jack Benjamin’s introduction to “Symbols, Sex and the Stars”

“The Illuminati use what I call reverse symbolism. They place their symbols all around us but present them with the reverse of their true meaning. For example, the dove symbolizes peace to most people, but to the Illuminati bloodlines it represents their goddess, Queen Semiramis [Isis]. The lighted torch means freedom and liberty to the population, but to the Illuminati it is the very symbol of their agenda and control. The Nazis reversed the ancient symbol of the swastika to symbolize the negative and Satanists have reversed the pentagram to point downwards for the same reason. Everything is symbolism and ritual to the Illuminati, and always has been.” -David Icke, “Alice in Wonderland and the World Trade Center”