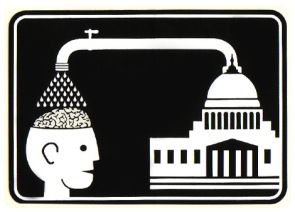 So naturally operations like MK-Ultra and Monarch, Manchurian Candidates and Trauma Based Programming are par for the course. All governments around the world are really in the business of brain washing. The Mainstream Media, the Public Education system, False Flags, phoney “wars” like the “War on Drugs” and the “War on Terror,” patriotic history textbooks, newspapers full of crime, violence, and intrigue are all in place to perpetuate the illusion that government is necessary.

“The State is said by some to be a necessary evil; it must be made unnecessary” -Benjamin R. Tucker

“Governments and the military purport to protect the public from enemies, and if there were no enemies they would have to invent some, for the simple purpose of rationalizing their existence” -Laurance Labadie

“The political arena leaves one no alternatives, one must be either a dunce or a rogue” -Emma Goldman

“When we vote in an election, we are declaring, by our actions, our support for the process of some people ruling others by coercive means” -Butler Shaffer

“When you advocate any government action, you must first believe that violence is the best answer to the question at hand” -Allen Thornton

“If the individual has a right to govern himself, all external government is tyranny. Hence the necessity of abolishing the State” -Benjamin R. Tucker

“Democracy has proved only that the best way to gain power over people is to assure the people that they are ruling themselves. Once they believe that, they make wonderfully submissive slaves” -Joseph Sobran

The Mind Controllers monopolize the use of force by creating legislation that exempts their machinations and condemns the population. They build the courts and write the laws then hire judges to run them and police to enforce them. They create standardized punishments for cookie-cutter crimes then force us to pay for the privilege of playing along. The Mind Controllers claim moral authority with their gavels and black gowns justifying injustice with upside-down frowns.

“The most absurd apology for authority and law is that they serve to diminish crime. Aside from the fact that the State is itself the greatest criminal, breaking every written and natural law, stealing in the form of taxes, killing in the form of war and capital punishment, it has come to an absolute standstill in coping with crime. It has failed utterly to destroy or even minimize the horrible scourge of its own creation” -Emma Goldman

“Laws: We know what they are, and what they are worth! They are spider webs for the rich and mighty, steel chains for the poor and weak, fishing nets in the hands of government” -Pierre Joseph Proudhon

“So many able writers have shown that the unjust institutions which work so much misery and suffering to the masses have their root in governments, and owe their whole existence to the power derived from government we cannot help but believe that were every law, every title deed, every court, and every police officer or soldier abolished tomorrow with one sweep, we would be better off than now.” -Lucy Parsons

“The essence of all slavery consists in taking the product of another’s labor by force. It is immaterial whether this force be founded upon ownership of the slave or ownership of the money that he must get to live” -Leo Tolstoy

“Are not laws dangerous which inhibit the passions? Compare the centuries of anarchy with those of the strongest legalism in any country you like and you will see that it is only when the laws are silent that the greatest actions appear” -Marquis de Sade

What good are laws? Good people don’t need them and bad people don’t heed them. Why pay and empower unaffected parties to deliver standardized punishment for standardized offenses? Why not take back justice so that it’s Just Us that decides what’s just in each situation? Anarchy is humanity’s natural state. Just as Government and Control are synonymous, so too are Anarchy and Freedom. Anarchy is the freedom to exist without being ruled by a violent, coercive minority that steals taxes and controls the money, media, military, police, laws, courts, and education.

“Show me the government that does not infringe upon anyone’s rights, and I will no longer call myself an anarchist” -Jacob Halbrooks

“Anarchism has but one infallible, unchangeable motto, ‘Freedom.’ Freedom to discover any truth, freedom to develop, to live naturally and fully” -Lucy Parsons

“Will you and your government teach eagles to fly and tigers to hunt? Of course not. No one is so arrogant with nature. But you and your government want to tell me what to buy and how to live, and I am more complex than any eagle or tiger. Give me only the same respect you pay the badger and the blue jay, and leave me alone. After all, anarchy means nothing more than human ecology” -Allen Thornton 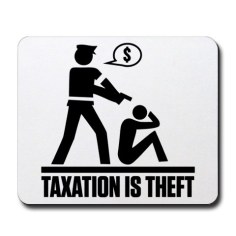 “Anarchy is not just a desire to eliminate the State: it is a moral commitment to voluntary interactions and non-violent principles” -Francois Tremblay

“I am an anarchist! Wherefore I will not rule and also ruled I will not be” -John Henry Mackay

“Anarchism stands for direct action, the open defiance of, and resistance to, all laws and restrictions, economic, social, and moral” -Emma Goldman

“Anarchists are opposed to violence; everyone knows that. The main plank of anarchism is the removal of violence from human relations. It is life based on freedom of the individual, without the intervention of the gendarme. For this reason we are the enemies of capitalism which depends on the protection of the gendarme to oblige workers to allow themselves to be exploited – or even to remain idle and go hungry when it is not in the interest of the bosses to exploit them. We are therefore enemies of the State which is the coercive violent organization of society” -Errico Malatesta

“Anarchism aims to strip labor of its deadening, dulling aspect, of its gloom and compulsion. It aims to make work an instrument of joy, of strength, of color, of real harmony, so that the poorest sort of a man should find in work both recreation and hope” -Emma Goldman 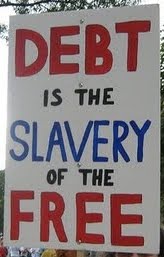 “Anarchy is not chaos, but order without control” -David Layson

“Anarchy is order, whereas government is civil war” -Anselme Bellegarrigue

“Anarchism is the only philosophy which brings to man the consciousness of himself; which maintains that God, the State, and society are non-existent, that their promises are null and void, since they can be fulfilled only through man’s subordination” -Emma Goldman

“ANARCHISM: The philosophy of a new social order based on liberty unrestricted by man-made law; the theory that all forms of government rest on violence, and are therefore wrong and harmful, as well as unnecessary” -Emma Goldman, “What is Anarchy?”

“AnarchY might be imaginary – meaning that we don’t now and may never have a society without coercive rulers – but anarchISM is a value-set, like pacifism or Christian love, or Buddhist empathy. It is not a description of the world, but a standard for judging situations within the world” -bkMarcus

“An anarchist is not necessarily a revolutionary, although it is more common than not that a person who has attempted to rid himself of exterior controls, for the purpose of developing his own philosophy, will find himself oppressed” -The Anarchist Cookbook

“I see anarchism as the theoretical ideal to which we are all gradually evolving to a point where everybody can tell the truth to everybody else and nobody can get punished for it. That can only happen without hierarchy and without people having the authority to punish other people” -Robert Anton Wilson 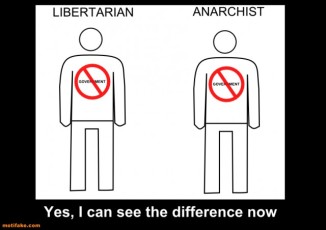 “There can be no such thing as “limited government,” because there is no way to control an entity that in principle enjoys a monopoly of power” -Joseph Sobran

“I do not think we will see a stateless society in my lifetime. But I am sure we will not see a state that conforms to the minarchists’ ideals. The closer we get, the better, but I see no reason not to aspire for the best government as Thoreau imagined it: none at all. It’s certainly more consistently idealistic than what the minarchists imagine, and yet it’s at least possible, whereas the existence of a lasting, minimal state is a hopeless fantasy” -Anthony Gregory

“Gentlemen, the time is coming when there will be two great classes, Socialists, and Anarchists. The Anarchists want the government to be nothing, and the Socialists want government to be everything. There can be no greater contrast. Well, the time will come when there will be only these two great parties, the Anarchists representing the laissez faire doctrine and the Socialists representing the extreme view on the other side, and when that time comes I am an Anarchist” -William Graham Sumner

“I believe that all government is evil, and that trying to improve it is largely a waste of time” -H. L. Mencken

“I’ve concluded that genius is as common as dirt. We suppress our genius only because we haven’t yet figured out how to manage a population of educated men and women. The solution, I think, is simple and glorious. Let them manage themselves” -John Taylor Gatto

“Anarchists know that a long period of education must precede any great fundamental change in society, hence they do not believe in vote begging, nor political campaigns, but rather in the development of self-thinking individuals” -Lucy Parsons

“The Internet is the first thing that humanity has built that humanity doesn’t understand, the largest experiment in anarchy that we have ever had” -Eric Schmidt

“Overall, the anarchy was the most creative of all periods of Japanese culture for in it there appeared the greatest landscape painting, the culmination of the skill of landscape gardening and the arts of flower arrangement, and the No drama” -J. M. Roberts

“We cannot acknowledge allegiance to any human government. Our country is the world, our countrymen are all mankind” -William Lloyd Garrison