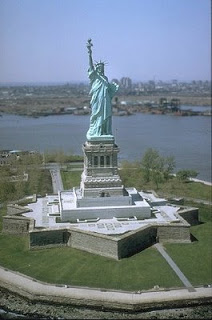 Did you know the Statue of Liberty was given to America by French Freemasons? There is another statue just like it in France on an island in the Seine. The character propagated as “Lady Liberty,” supposedly derived from the Roman goddess Libertus, is simply a patriotic pseudonym for the public. Lady Liberty has been known throughout history as Isis of Egypt, Semiramis/Ishtar of Babylon, Athena of Greece, Astarte of Syria, Cybele of Rome, Ashtoreth of Israel, and Diana of Ephesus. She is the Pagan mother Goddess of the Brotherhood, nearly always depicted dressed in robe, wearing a crown of thorns, and carrying the torch of illumination. She is symbolic of both the Moon and “dog-star” Sirius, which is why the English word for God is simply Dog backwards. The “dog days” of summer was coined after Sirius and was believed to be an evil time. J. Brady in “Clavis Calendarium” says the dog days were known as a time “when the seas boiled, wine turned sour, dogs grew mad, and all creatures became languid, causing to man burning fevers, hysterics, and phrensies.” This hot time was associated with hot-headedness. This is why you’re Sirius when you’re Serious. This is also the occult origin of the all-American “hot dog.” July 4th, America’s Independence Day, just happens to be the 2nd of Sirius’ dog days – an important date to the pre-Masonic Knights Templar. 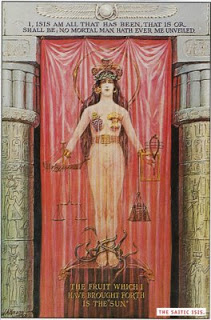 “It is the date of the Templar’s massive defeat by Muslim armies in the Holy Land at the Horns of Hattin on 4 July AD 1187, which was followed by the loss of Jerusalem to Christendom. There could therefore hardly be a more evocative ‘Templar’ or ‘Solomonic’ date than 4 July – evocative, that is, of the aspiration to build Solomon’s Temple in Jerusalem. The reader will also be aware, of course, that 4 July is Independence Day in the US, commemorating the signature of the Declaration of Independence and converting the date forever into a powerful talisman that spells out ‘Independence’ and ‘Freedom” for the New World and, now by and large, for a new world order.” -Graham Hancock and Robert Buaval, “Talisman” (470)

The symbol for the U.S. dollar is $, sometimes with one or two vertical lines. The “S” and “I” have nothing to do with “dollars” and everything to do with “ISIS.” The Egyptian Goddess of the Moon and Sirius was “ISIS” and this is the most common name for her used by the Brotherhood. The dollar sign is actually an occult talisman to this Illuminati Goddess. This is why both the Statue of Liberty/Isis and her dollars are both the same color green. The ancient roots of the word Moon were “mon” and “min” which is why we have “money” made at the “mint.” The very idea of money and symbolic currency comes from ancient secret societies. 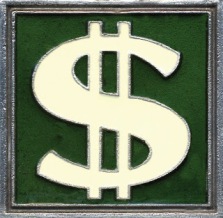 “Silver was connected with the moon and therefore with the Goddesses of the moon, the most famous of which was and is ISIS. So her name became the symbol of money. We find this today in the cleverly camouflaged motif – $- which is nothing more than the sigil for the name of I-S-I-S, but fused together in an ingenious manner.” -Michael Tsarion, “Astrotheology and Sidereal Mythology”